Steve Jobs’ Opinion Written Off By Apple Pencil – Actually, Consumers Like It! 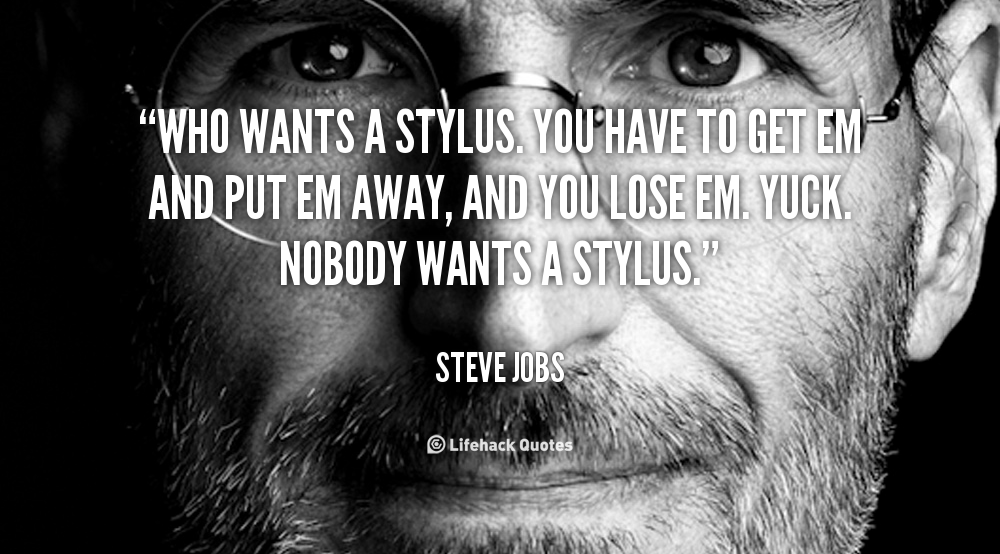 A lot has changed since Steve Jobs publicly denounced the need for a stylus in his introduction of the iPhone in 2007. Namely, Apple released a stylus. While our fingers remain attached to us, and are therefore far less likely than a stylus to be lost or broken, Apple announced a stylus as an accessory for their business focused iPad Pro in their September 2015 keynote. The inclusion of a stylus with an Apple product clearly deviated from the company’s early messaging, but a stylus provides increased accuracy, needed for the advanced functions of the iPad Pro.

Since the release, iPad Pro consumers have been happy with the device, reporting higher delight for Apple’s iPad Pro than Microsoft’s Surface Pro 4. Analysis of recent consumer reviews about the stylus used with each tablet shows that consumers are also more satisfied with the Apple Pencil than the Surface Pen. The bars of the funnel below display the percentage of iPad Pro and Surface Pro 4 feedback in which consumers mentions of Stylus, Apple Pencil, and Surface Pen. Red is negative sentiment; blue is positive, and gray is neutral. While Microsoft consumers mention the stylus at a higher rate than Apple users, consumers report far more disappointment with the Surface Pro 4, with the majority of negative feedback mentioning broken tips and poor responsiveness. Apple’s branding is also stronger, as Apple users refer to the devices as an “Apple Pencil” more often than a generic “stylus,” while Microsoft users use “stylus” over “Surface Pen.”

Free consumers insights delivered directly to your inbox on a weekly basis: sign up for our free newsletters.

While much of the Smart Home market is focused on Do It Yourself, there has also been robust demand within the Do It For Me part of the market supported by Smart Home Service providers like Vivint or Comcast Xfinity Home.  While overall consumer interest declined in Q1 2017 over Q4 2016, March 2017 saw […]

Smart Lock interest grew in 2017 as consumers holiday purchases turned into Saturday morning honey-dos. The big winners in Q1 were Schlage, August and Kwikset. The rest of the competitive landscape is littered with products that have been disappointing consumers persistently. Schlage is leaps and bounds ahead of their competition, not only seeing increases in […]

With the close of the first quarter of 2017, we can start culling through all of the consumer reactions to Smart Home devices they have purchased in the last three months.  One market segment that is always of interest is Security Cameras.  The Nest Cam and Arlo are flagship products in this category that still […]