Can Sprint Cut Out the Competition by Cutting Bills in Half?

Sprint’s ‘Cut Your Bill in Half’ promotion offers AT&T or Verizon customers the opportunity to switch to Sprint and, you guessed it, cut their bill in half. The graph below compares consumer review buzz and delight from the weeks before and the weeks after the promotion began. Though this promotion was designed by Sprint to steal the competitor’s consumers, as of its start on December 5, Sprint has seen no gains in perception according to consumer reviews. 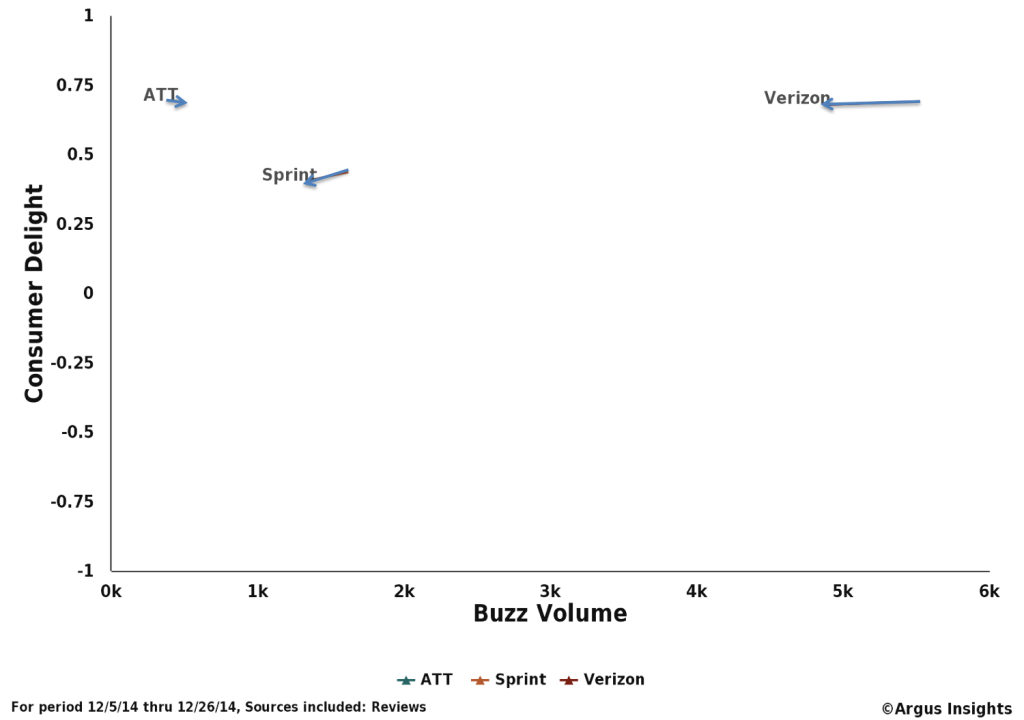 The deal has only been available for a couple weeks, but Sprint’s plan to gain customers has failed to work so far. Since the start of their ‘Cut Your Bill in Half’ promotion, both Sprint and Verizon have seen less promoters and less happy customers, while only AT&T saw improvement. Only time will tell if this promotion will lure customers to switch carriers.

Looking to conversation on Social Media, however, tells a different story. While the data from consumer reviews displayed in the graph above represents the reaction of actual consumers who have used and reviewed the carriers, the social data displayed below is more representative of branding and general awareness. The volume of conversation increased to a small peak on the day of the launch then steadily fell back down. This trend demonstrates an initial lack of interest which helps explain the limited interest shown through reviews. By tracking both consumer reviews and social media conversation, Argus Insights can compare branding to reality to paint a comprehensive picture of consumer engagement. In this case, lack of social engagement prior to the promotion was a precursor to limited adoption. 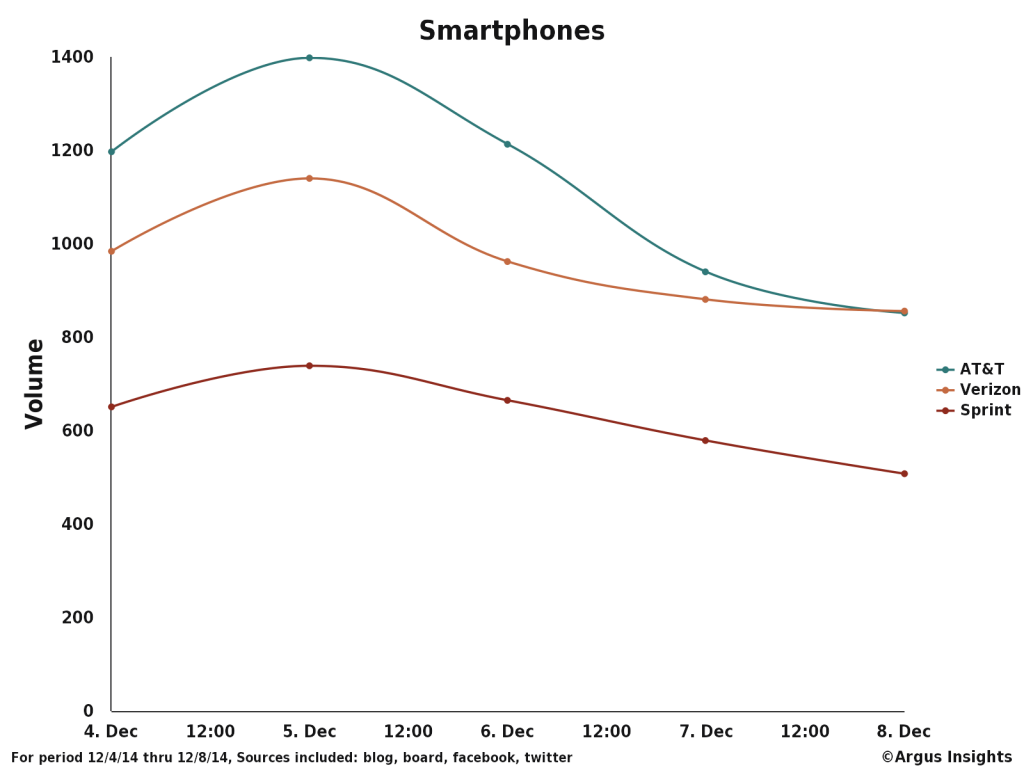 For an in depth look at how consumer demand is effecting the Smartphone Market, check out our November Consumer Demand Reports. For personalized consolation, custom reports, or access to our data, please contact us.