RIM announced a $485 Million write-off for the mistakes they made with the Playbook.  This was a half a billion dollar mistake.  Our data showed they never really recovered, even after extensive firmware updates and price drops.   The only dip we see in the rest of the tablet market was the outrage over HP dropping the Touchpad. 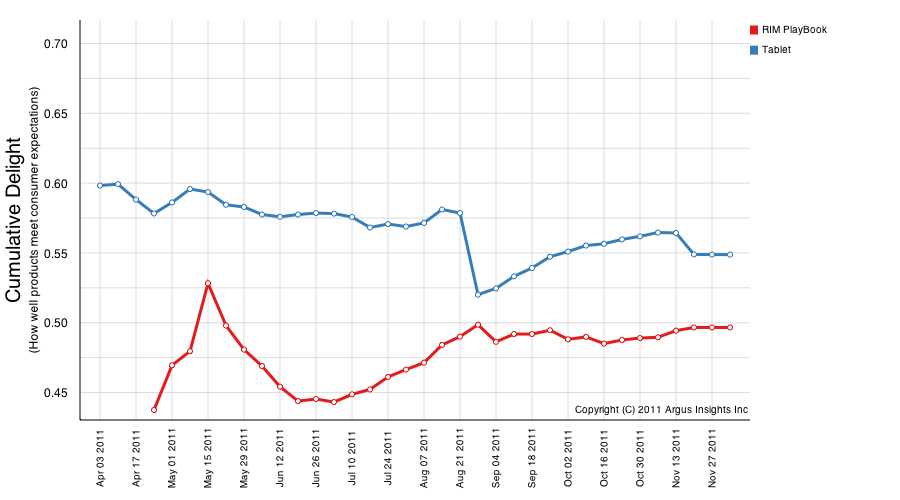 Only the launch of the Vizio and Toshiba Thrive knocked the Playbook from last place amongst the major Tablet OEM’s. 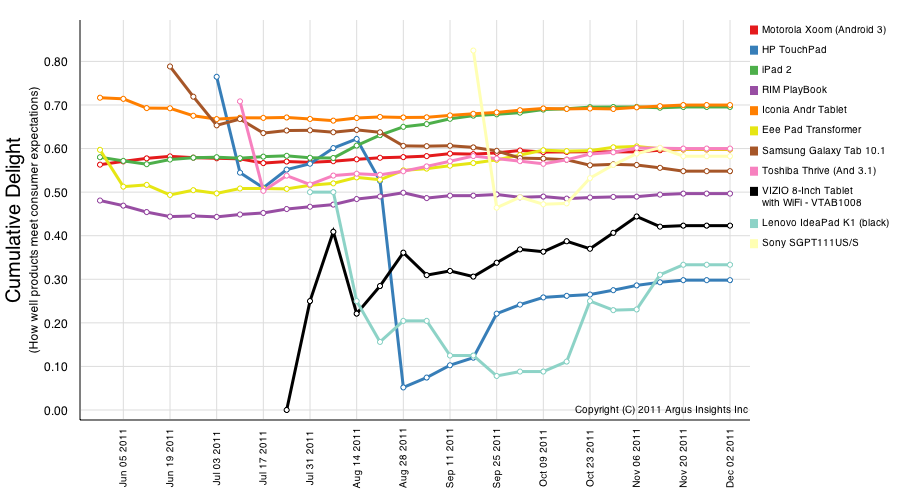 The Playbook went from conception to launch in 9 months.  It didn’t even launch with an email client.  Wait, Blackberry, known for their awesome email, the prima

ry reason people buy from RIM is for their push email and their tablet can’t even connect to their email service?  This was a major disconnect for early users.  Apple has proven time and again that you can launch without major features working as long as you pick the right major features.  (actually we were right, it was released with the ability to support Android Apps through an app player) To paraphrase the knight guarding the holy grail in The Last Crusade, RIM “chose poorly.”

Companies have been using Argus Insights to pick the right aspects of the experience to focus on, to understand what consumers are demanding and what is disappointing them.  Our experience metrics track to sales volume so you know our results reflect what is driving consumer purchase behavior.

Our hearts go out to RIM.  Further proof that you can’t get faster, better, and cheaper all at the same time.  Great innovation takes time.  Give your users the gift of time and attention and they’ll repay it tenfold.

zp8497586rq
Round 2 goes to the Nook Tablet, Fire customers rage on reliability and hardware Will the iPad3 offer anything new for Tablet users? What are consumers looking for?