September was a big month for Apple. They revealed the new iPhone 6 and 6 plus on the 9th then sold a record-breaking amount of phones less than a week later.[1] Always anticipating the newest product, Apple groupies shelled out cash for the phones before they were available, only to encounter iOS glitches and #bendgate. Despite the problems Apple has faced with this launch, their consumers continue to endorse their products 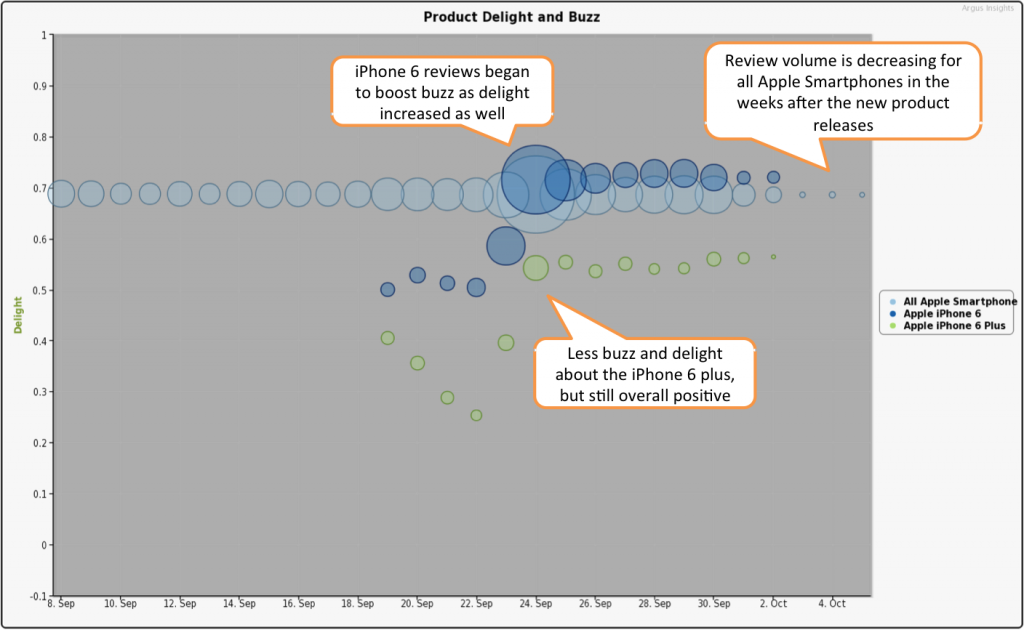 Once people began to receive their iPhones, delight levels soared.  The iPhone 6 even achieved higher levels of delight than the average of all Apple smartphones. Negative comments were far outweighed by positive ones, as is demonstrated in the funnel below. Customers were happy with the size and weight of these rather large devices, and found them easy to use. The highest volume of negative comments surround the speed and performance, even so, positive comments overshadow the negative even in that category. 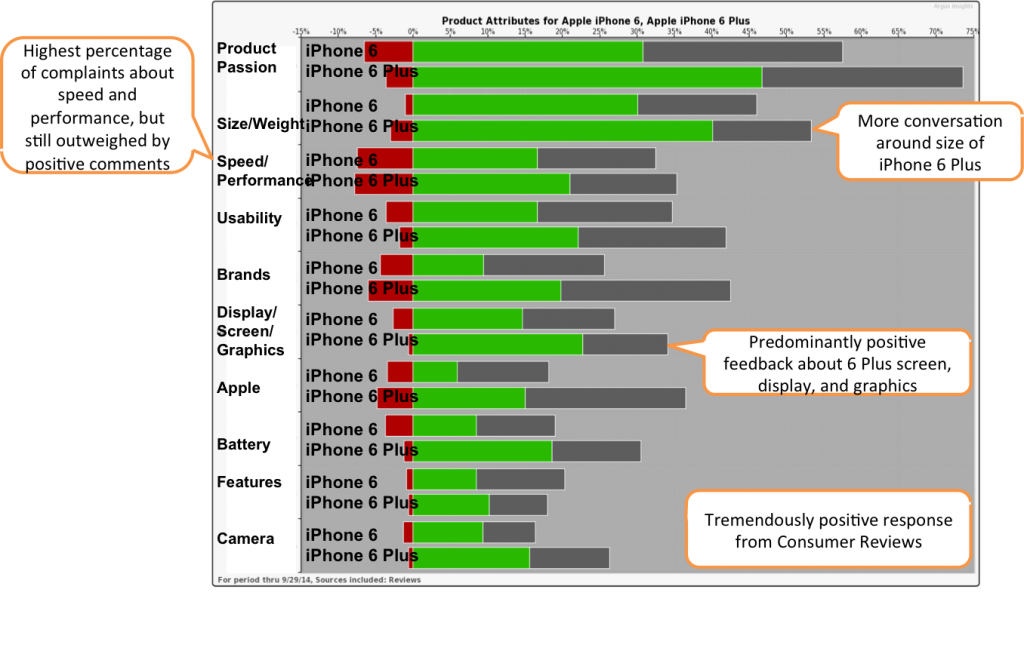 While consumer reviews show an increase in delight, this story can be supplemented by examining social media. Delving into the phrases people used most in relation to Apple in the weeks after the iPhone 6 and 6 plus release; we can see discussion of ‘bendgate’ and software malfunctions. These setbacks caused considerable buzz on twitter and blogs during the same time period in which consumers were writing positive reviews.

Apple has such a large following, and their phones are so widely discussed, that social media conversation from the general public noticeably differs from reviews that consumers actually using the products write. Apple’s popularity as a brand has been driving awareness, even if some of it is derived from malfunctions, and when people purchase and review the products, they are delighted regardless of trending problems like ‘bendgate.’

The negative social discussion surrounding the iPhone 6 and 6 Plus is not reflected as negativity in the product reviews. It seems that tweets of #bendgate and iOS malfunctions, although representative of existing problems, do not seem to be affecting consumer praise of the new iPhones.

Please contact Argus Insights to find out how consumers are perceiving your products and brand.