Results of Round One: It should be called the Kindle WILDFire

We’ve been watching the launch of the two hottest products for this year’s holiday season, the Kindle Fire and Nook Tablet.  What you see below is the daily buzz and delight results from the Product Release date of the Kindle Fire, Nook Tablet, and for comparison, the iPad.  A few things to note, the Kindle Fire has generated unprecedented buzz amongst consumers excited to have their hand one this device.  The volume is not surprising in that the Kindle reader has over 30,000 reviews on Amazon’s site, showing that Kindle fans are already chatty in comparison to their Nook or iPad brethren.  Even the Nook Color, available at Barnes and Noble since November 2010 has twice as many reviews on Amazon.com as reviews on BN.com. 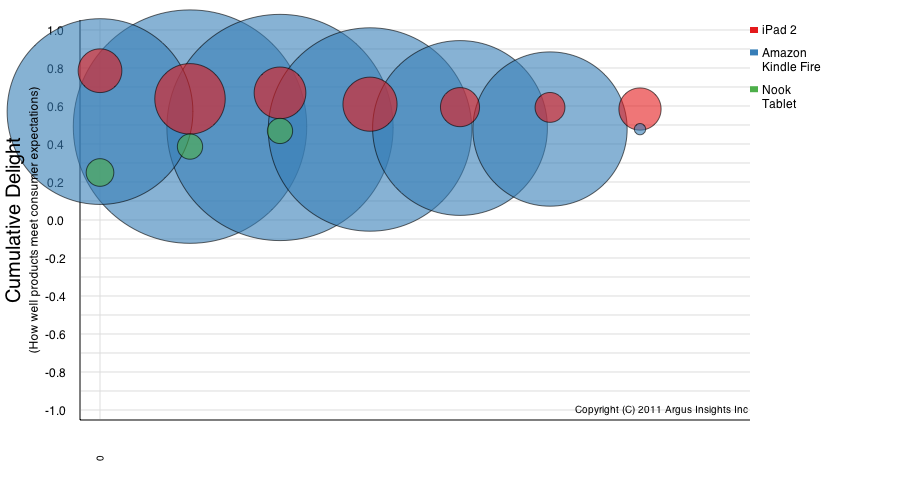 Though priced $50 higher than the Kindle Fire, the Nook Tablet has a rising pattern of delight compared to the other tab

How to build muscle the right way

lets represented here, a phenomenon that has indicated a sleeper hit in past product launches.  When we focus just on the cumulative delight numbers as shown below, we see that the Nook customers are seeing more positive aspects to the Nook Tablet experience as times goes on. 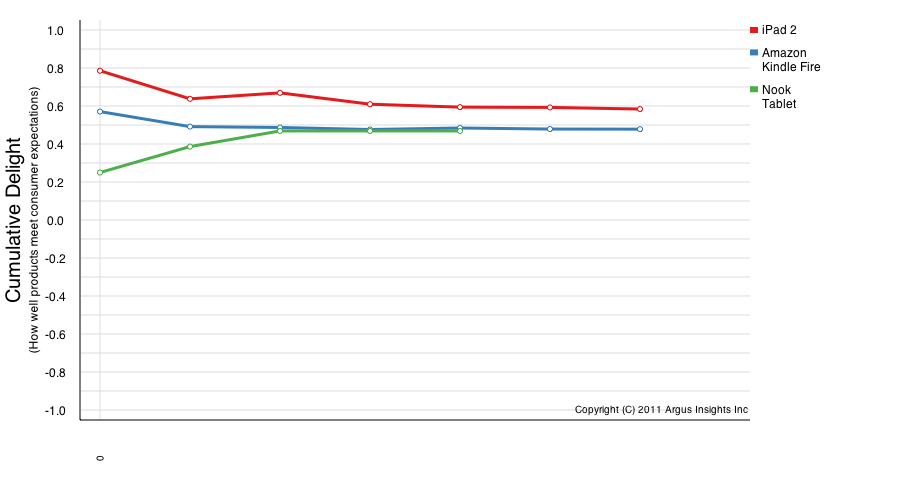 Round one clearly goes to the Kindle Fire though we’ll see what happens after the frenzied chaos later this week known as Black Friday.  We’ll release the next set of figures after the holiday weekend to see if the Nook Tablet continues it’s upwards trajectory or falls inline with the Kindle Fire expected experience.  Please contact us if you’d like to know more about what is driving the user experience of these two competing tablet experiences.  We are able to dissect that consumers are sharing about their delight and disappointments in a manner that drives action.

zp8497586rq
Sprint comes out swinging from last quarter Round 2 goes to the Nook Tablet, Fire customers rage on reliability and hardware