iPad has its nose in the Enterprise Tent. Asus is already having tea inside.

We recently did a post on the rapid consumerization of the enterprise, starting by looking how the semiconductor industry traded the boom and bust cycles of the enterprise market in for the more “consistent” cycles of the consumer market.  Now we are seeing consumer grade tech invade the enterprise like a locust swarm.  This latest revolution has been driven by Apple and the iPhone.  While Blackberries remain the badge of “serious” business, the iPhone rapidly was snatched up by CEO and janitors alike, rapidly becoming the badge of “cool” business.  The sprouting of hundreds of walled gardens of Apples inside the corporate firewall has driven CIO’s sleepless and insane as they struggle to maintain the paradoxical duality of Sarbanes-Oxley mandated information access & control paradigm cohabitation with the “let’s mix our sales forecast numbers with Angry Birds high scores” world of iPhone and Android devices.

We’ve seen Apple and Google both make concessions for the enterprise customers attempting to extend the consumer lifestyles into the “business formal” parts of their day.  But this was smartphones, devices that worked mainly as conduits to colleagues through voice and email.  Occasionally users would attempt to review and mark up documents on the tiny screen.  Once finished this lilliputian task, these users would immediately dial-up their optometrist to be treated for eye strain.

Tablets, yes tablets, are a different matter entirely.  Now you have a comparatively larger screen that grants the magic ability to do more than passively consumer content.  Tablet users can now actively engage with these devices for the critique and creation of content.  Those CIO’s that survived the first wave of consumer smartphones washing over their SOX levies and now looking at the rising flood waters of tablet use and hitting the speed dial for their therapists.  When will these waters of tablet use

in the enterprise overflow the carefully built dykes of security anytime soon?

Yes they will.  Our information on tablet usage is showing an increasing number of iPad and iPad 2 users are leveraging these constantly connected windows of wonder for their day jobs.  As you can see in the Attribute Funnels below for the iPad and iPad2, “work” ranks as the 9th most common activity users mention as they share their experiences with others.  What’s interesting is that, even between product generations, roughly 5% of all iPad/iPad2 users are utilizing it for some sort of professional use. 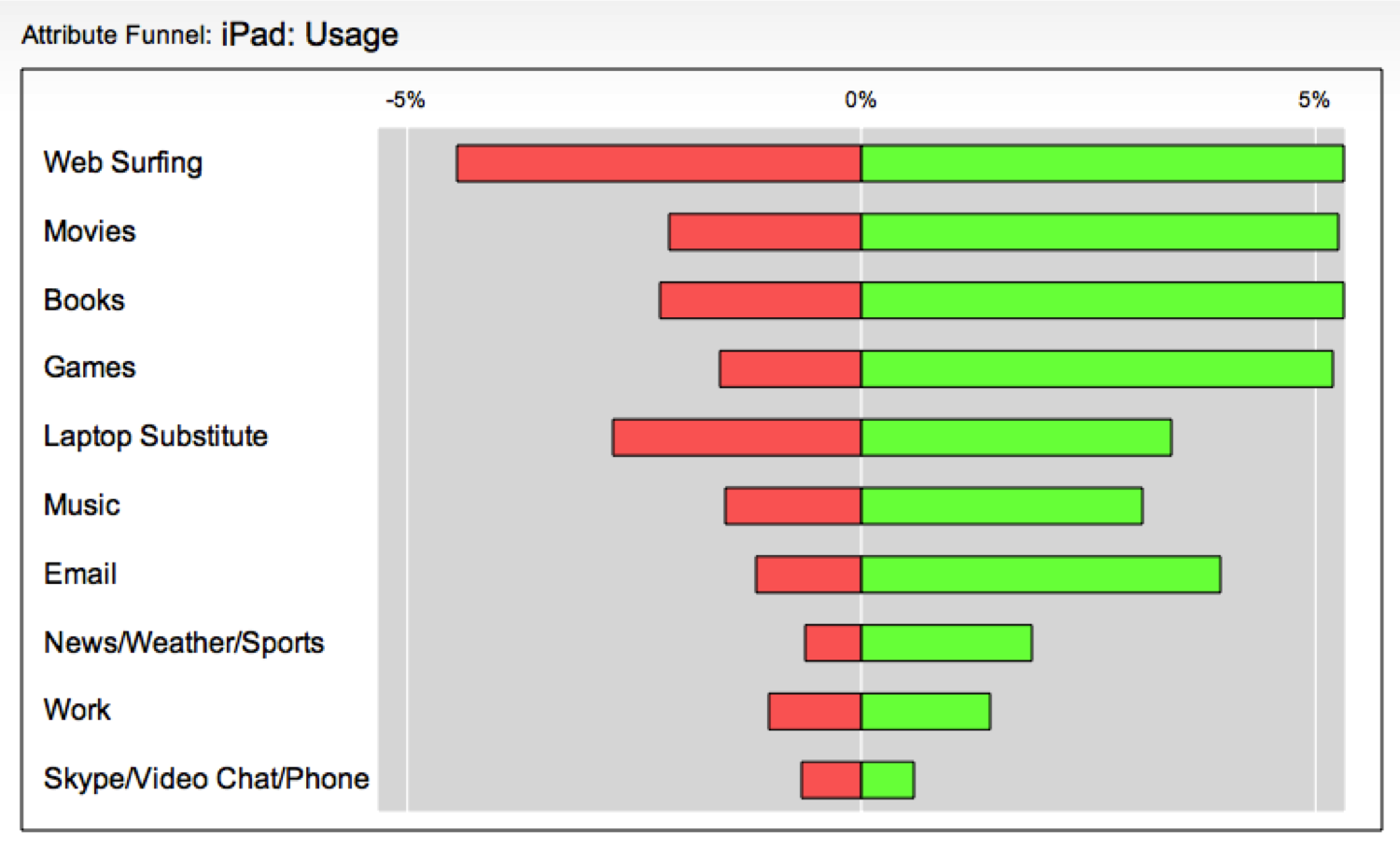 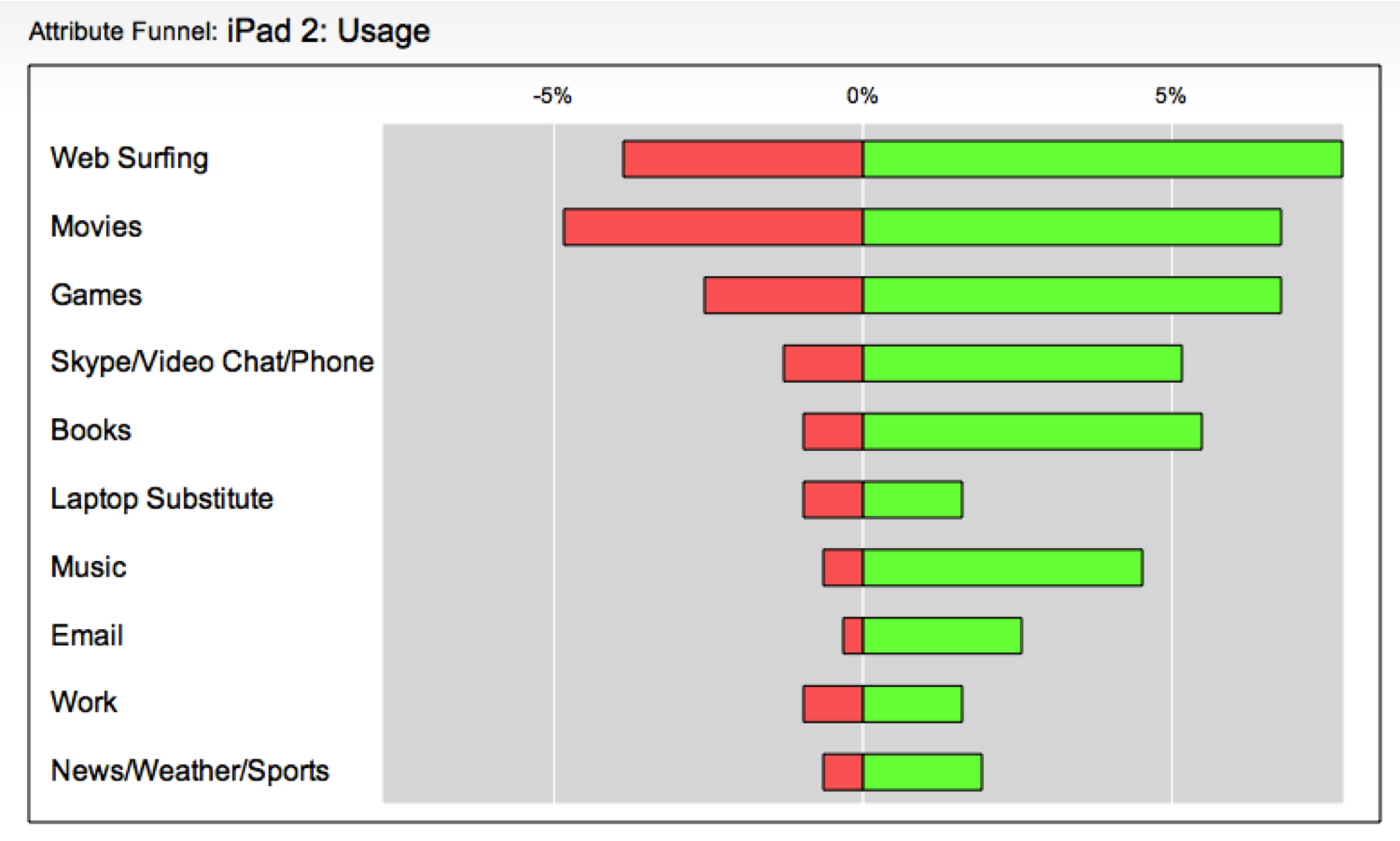 Now contrast this with the ASUS Eee Slate.  Users of this trim little Windows 7 device rank professional activity as their top usage, with over 12% of users making mention specifically of work activities.  Remember our nervous CIO’s from above?  They love the Eee Slate.  It’s an OS they already support, able to run applications they already have control over.  This is a product that fits needly into the existing corporate ecosystem and this message comes across from the users. 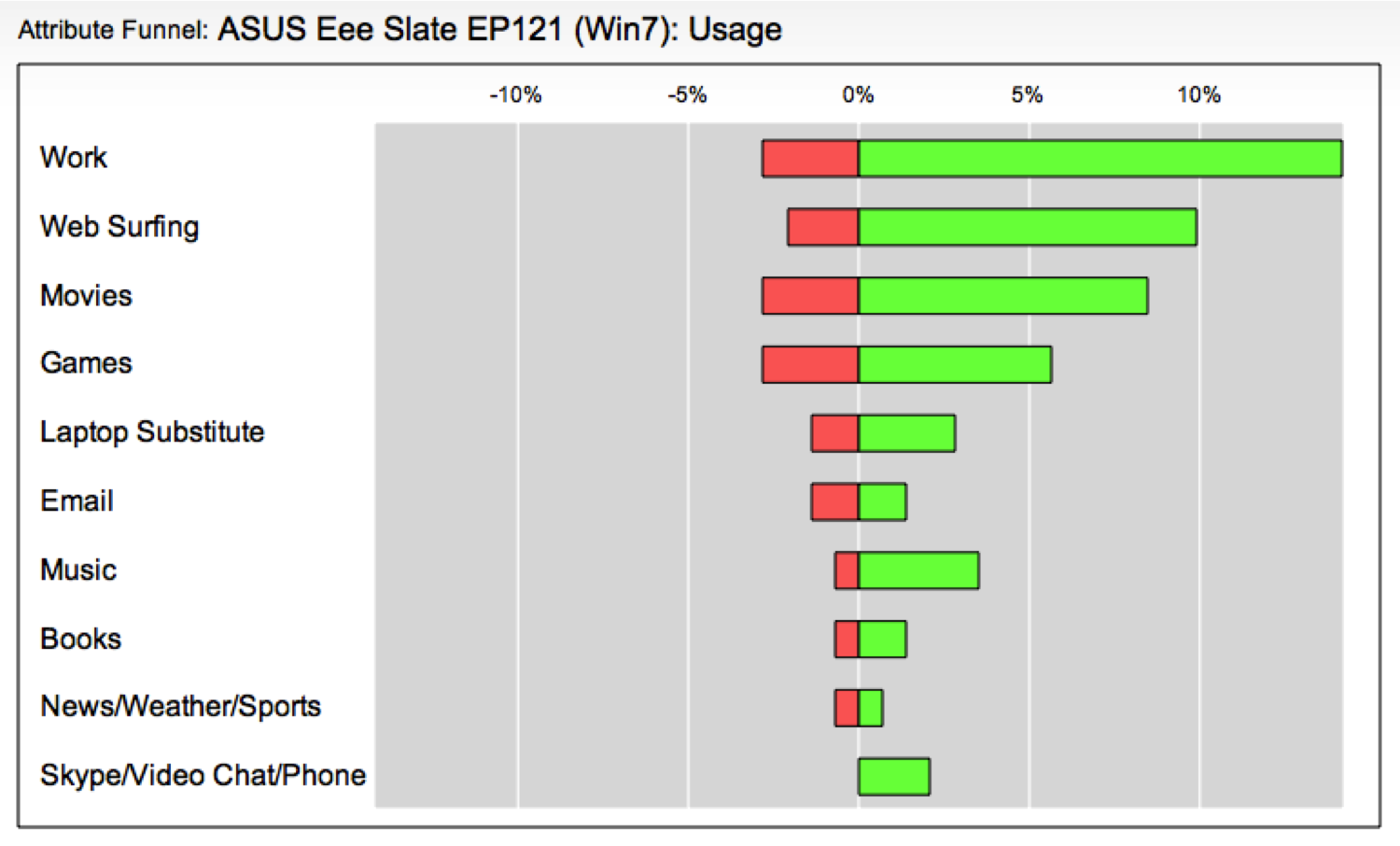 So the question on the table is, given the increasing availability of enterprise/CIO friendly tablets, with the nose of the iPad’s eventually make it all the way into the tent of the modern enterprise or will employees be increasingly asked to leave their toys at home.

What do you think?

zp8497586rq
Rumors of the PlayBook's demise are grossly exaggerated! The Grass is Greener on the other side of the cell network

ADT’s Pulse App has never been one of the most loved Smart Home management apps on the market. While ADT has struggled to make the app customers use to control their monitoring service better with new releases over the past few years, they have failed at every turn.  Their most recent attempt was on 15 […]

Apple announced the HomePod today!  Yeah!  Finally Apple has a simple multiuser interface to Siri so that all of those Homekit users can engage with their Smart Home investment without whipping out the app.  Except it might be too late… Clearly meant to compete with the Amazon Echo, the HomePod is a bit late on […]

I know it’s only June 5th but we already have insights for what happened with Smart Home providers last month.  Yes, we have data that fast!  And what we are seeing does not bode well for the “do it for me” market overall.  Vivint remains on top with an impressive gain in engaged consumers over […]